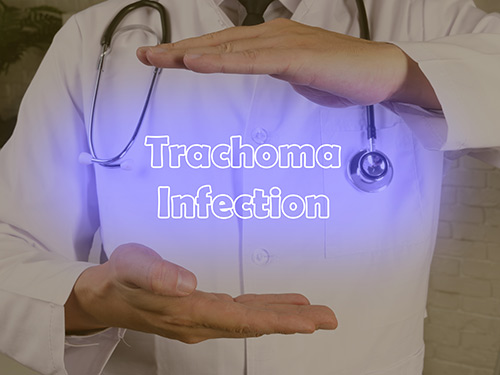 Trachoma is the world’s leading cause of blindness. It is an infectious disease caused by bacterium Chlamydia trachomatis. Trachoma almost always affects both eyes. It will be present even in children with clean faces. In other cases, children with active trachoma will have red, sore, sticky eyes and discharge from the nose. This eye disease is common in places with overcrowding and poor hygiene.

Trachoma is a neglected tropical eye disease The symptoms of trachoma begin with mild itching and irritation of the eyes and eyelids. It spreads through personal contact via hands, clothes or bedding. It is also transmitted by flies that contact with discharge from the eyes or nose of an infected person. In the early stages of trachoma, treatment with antibiotics alone will be enough to eliminate the infection. However it depends on the severity of the case because if the disease is treated in the late stage, surgery will be administered. As trachoma progresses, scarring develops under the eyelids. If left untreated, this condition will result in visual impairment and blindness. After the incubation period the infected person will infect others too. Trachoma is very infectious in its early stage and will be infectious on and off as long as active infection persists.

In order to break the cycle of trachoma transmission, it is highly recommended good hygiene practices such as hand washing and the washing of children’s faces at least once a day with water. A single dose of an antibiotic which is prescribed by qualified primary health care staff, nurses or doctors is recommended for treatment of active trachoma to the person being treated and anyone who is living in the same house with the person.

For more tips on Prevention of Trachoma, contact VisualEyes Optometrists.